Hey! Okay so I've been working a bit on my thesis over the summer. This is one of my main characters Frank in a couple of styles....the one on the right was an old drawing while the left is newer...but you can get the gist from the drawings....: 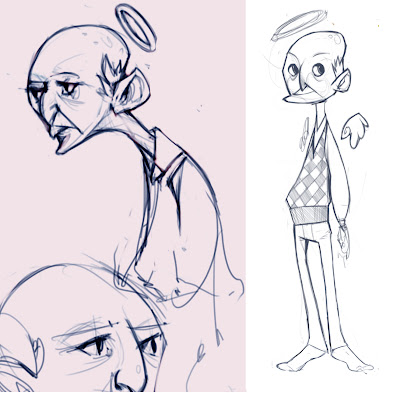 Here's the model so far....he's not near done, he'll have feet, proper ears and other things eventually (and those splits in his body aren't supposed to be there haha) but he's getting there. I didn't do it in ZBrush but stuck it in there to take some (non-lambert) screengrabs...I like the sculpy shader in there. 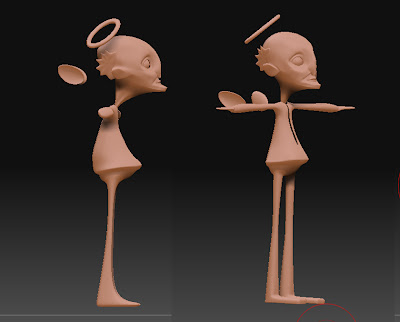 Posted by Alison Donato at 7:02 PM

Hey wat up I am really diggin' how he is looking so far real great desgin can't wait to see more.